HikarigreenTokyo Cosplayer and Institutional Investor from Tokyo Japan!
Home About Me 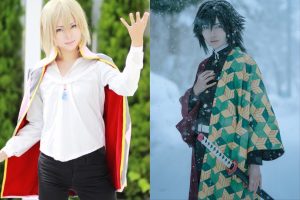 Hikari Green is a Japanese cosplayer with +20 year experience living in Tokyo, has made 500+ of costumes and wigs by herself so far.

I have visited almost over 50+ countries in my life, and visited over 15 countries’ conventions so far, starting with LBM/Connichi (Germany) held in 2009, Salon de Manga (Spain), Katsucon/Anime Orlando (US), and also Thai/ French /Taiwanese /HK /Chinese conventions etc. as well.
I can speak English and also a little Russian and Indonesian because I was doing homestay in these countries.

As an international cosplayer who knows financial I worked in WCS (World Cosplay Summit) as the employee, and also Japanese biggest convention Comic Market as the organizer.

Anytime welcome to have concact me for Business or any inquiry >>Contact Form<<, or directly contact to contact@hikarigreen.com.

I am appearing in Japanese medias (TVs/Magazines/Newspapers) as financial professional cosplayer including Japanese famous newswire Nikkei/Mainichi news, and was on TV program which collaborated with Crunchyroll. Recently I was on the annual report on Marui department, one of the biggest Japanese department store. You can see all of my Media coverage history mainly in Japan from below links;
>>All of my Media Coverage 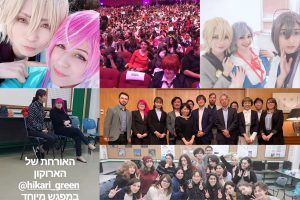 I have worked as an institutional investor, financial economist/equities analyst for almost 15 years, once was in one of Japanese biggest bank Mitsui Sumitomo bank, and also Morgan Stanley as well. Also I was the Official columnist on Forbes Japan as the Financial economist cosplayer, to tell how amazing cosplays in abroad.

You can Find me on Instagram/FB Page / Twitter / VK .

And in 2017, I launched my own fashion brand for male crossdresser in Japan, themed “Bigger size of Kawaii clothes brand” to be LGBT friendly. The model was Takuma Tani, male crossdresser of 40 years old (below left) then and I created Kawaii cute special daily clothes for male people who want to be cute. I was regularly on TVs and also I won entrepreneur competition by Tokyo pref. then. The below right photo is the snapshot when I was as the guest on the stage on Machiasobi event, the biggest event in the southern part of Japan, held by Ufortable (The right photo was with Tani-san, Yoppy-san, and also the mayor of the Tokushima prefecture and also the CEO of Ufortable Kondo-san).

*And this is a brief introduction, so I am happy if you see >>My Cosplay Life with big Thanks<< posts talking more details about “Why I started cosplay?” “Why I love to go to foreign countries and made friends with them?” etc….all about my life with amazing cosplay friends all over the world. 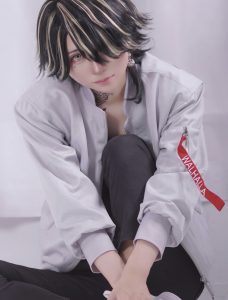 For my International Otaku Days

I was born in Fukui prefecture (next to Isihawa pref.)
I have been to over 50 countries by backpacker and cosplay guest, and business trip.

I have worked and studied in US/England. When I was in England, I was studying in Cambridge University (Downing College) as a exchange student from Keio University (Economics). And I was working in US in wall street, working for Hedge Fund/Private Equity Fund as the institutional investor of financial specialist. 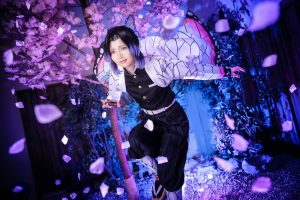 I truly Love Travel, so I have visited over 50 countries so far by myself by backpack.
So for my traveling days, please see my World Traveling Archives.

I have visited Russia, Ukrine, Bosnia, Macedonia, Uzbekistan, Alaska, Germany, Israel, Lebanon, Syria, Indonesia…..too many. Especially I have stayed on Indonesia and Russia(also pre-Soviet countries) months by homestay, so that is why I can speak Indonesian and Russian a little.
I have perfect pitch, that truly helps me to learn lanuguages such faster.
And I have visited Otaku Convention outside Japan.
Thai Convention, Germany Convention (Connichi, LBM), Spanish Convention (Salon de Manga), US Convention (Otakon and Anime Orland), Japan Expo in France, Fancy Frontier & Hetalia Only Event in Taiwan, Hongkong Convention, and also Chinese Hetalia Only Convention held in GuanZhou. The below photo is my first going convention, LBM (Leiptig Book Market) held in 2009 with German friends (Me as Japan from Hetalia).

And I am writing article on Forbes Japan as official columnist, you can see part of them in English from below links;
>>Forbes feat. articles by me (Eng.) 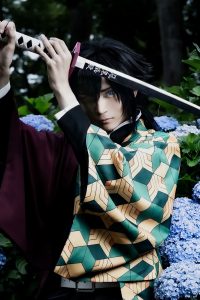 For My Composing Music Days

I started to compose some musics I was 16 years old.
My 1st memorable composing music is “Butter-Fly” in Digimon Adventure.
I have perfect pitch and I can copy almost all of musics and sounds in the world.
So I have composed over 100 musics so far, and started to compose even original musics. Especially I love classical music, so my favorite game musics are more like Final Fantasy on Square Enix!
You can see how it is like on the article about “How I can see the world by Perfect Pitch”

Thank you for Reading! -Hikari Green-