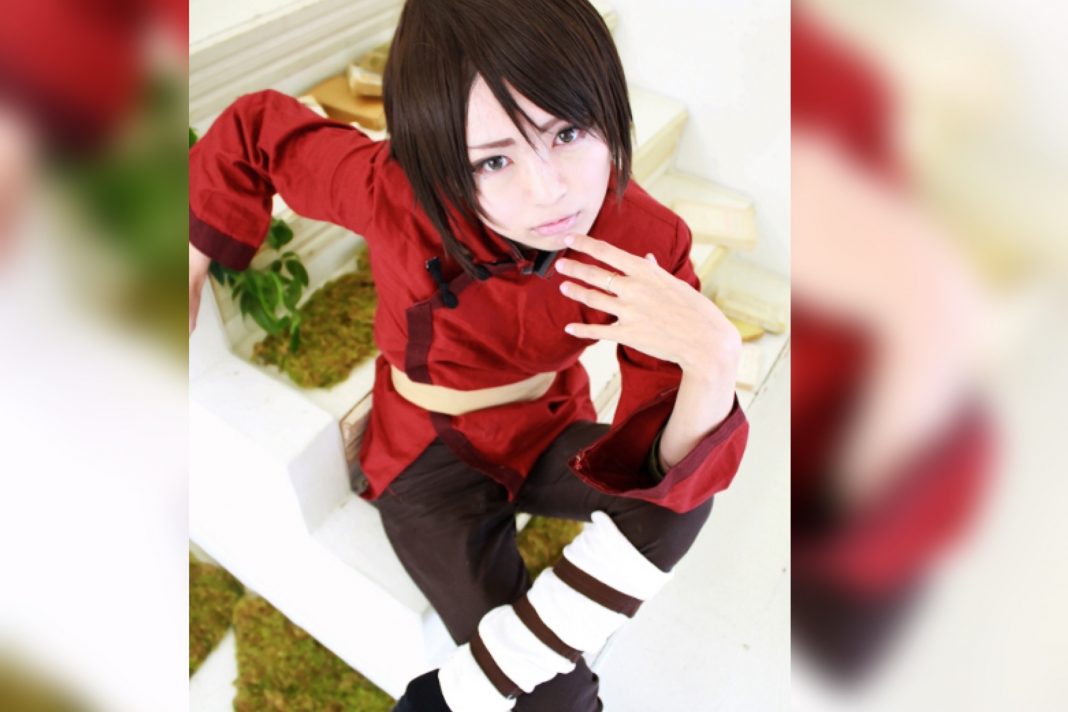 Now, I will write about India from previous article!!

Well, in the train compartment, I got together with a group of four Koreans.
There were two men and a woman.
They don’t seem to know each other by themselves, and they told me that they got to know each other during this trip and became 4 people as a result.

By the way, I often meet Korean people in every country.
For example, Ireland, which I wrote in my previous article. In addition, Alaska, the article I’m going to write.
There are many conflicts between Japan and Korea on politics, but actually, when I travel overseas, I think Korean people are the most similar to Japanese people and have a similar culture.

Of course, there are good people and bad people in every country, so maybe the Korean people I met by chance were good people.
In Japan, there are people who are both good and bad of course.
But this time again, a small party started in the compartment, with Korean sake, Korean fried nori, and my brought Japanese Kotsubuko as such!
And we became wonderful friends!

It would have been more dangerous if I had been only one Japanese person, but thanks to being with them, I was able to arrive at Varanasi safely and peacefully! A Korean man said, “If bad Indian comes, we are well trained by military, so don’t worry, we’ll smash them!”.

And we arrived at Varanasi station safely! 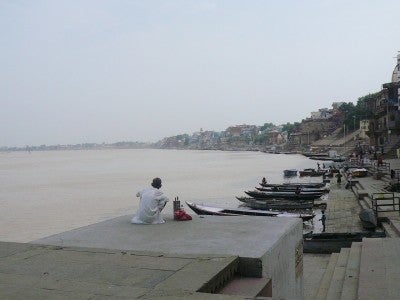 By the way, it was summer at this time, and it was hot, and my stomach was still broken.
In other words, everyone seemed to have stomachache, and the greetings between backpackers were like “How are you? Is your stomach all right?”, “My stomach is already broken …”, “Right. Since when?” and “Since three days ago.”.

As for Varanasi, silk is actually very famous, and there were many high quality silk shops!!!

Three of us, me and two Korean women, went to get a tattoo of Henna, famous for Varanasi!
It says “We’re friends.” in Hindi!!
And this is the picture of the three of us!! We all love it. 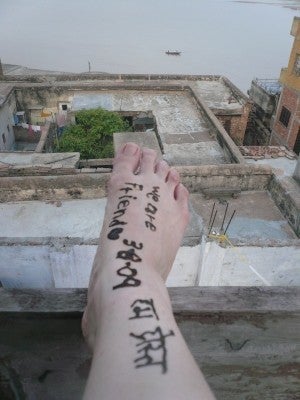 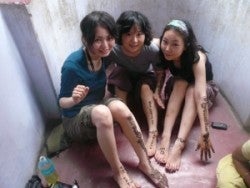 At night, there was a fire god festival called “Puja”, and we went to see it!
This is the picture of Puja!!! 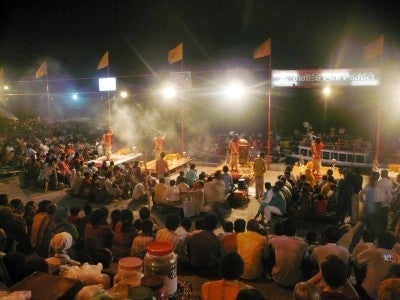 By the way, many people went to places like the Taj Mahal, but I heard that the Taj Mahal is a typical tourist spot, so I didn’t go there at that time.
The next day I was taken to Kolkata by night train.

I said goodbye to my Korean friends and took the night train to Kolkata.
But my stomach continued to break, and I got on the night train with a stomachache.
I thought it would be awful if there were some strange robbers riding nearby … but in fact, fortunately, there was a Japanese man in the same compartment.
“You can go to bed first. I’ll check your ticket and keep an eye out for strange people.”
He said. I was really lucky! 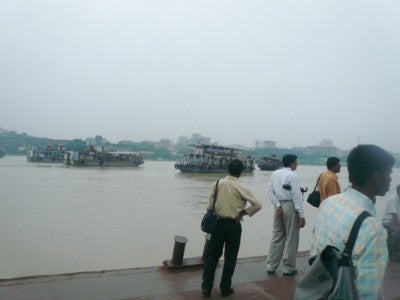 We were supposed to go to the same hostel riding on a water boat together, but just before the boat departed, only that man jumped on it safely, and I couldn’t because I was afraid to fail to jump on it and fall into the river, so I went to that hostel by myself.

The reason why I went Kolkata was that I wanted to be a volunteer at a facility that housed “Mother Teresa’s House” people who already had to wait for their deaths.
I thought it was a more small facility, but when I went there, the atmosphere was rather “tourist spot”.

It wasn’t like doing a lot of volunteer work, it was just a little bit of time, and then it was like having a meal and finishing ….
A group of people who looked like Japanese students also came!!

And I returned to Japan safely.
I really missed the smell of miso soup then …!
My stomach was broken, but I came back to Japan strongly thinking “I’ll go home for sure!”.

And I realized it, after that journey, my facial paralysis had gone away.

Next, I’m going to Alaska to do volunteer work!!