Hello, I visited Denmark and Sweden, and I went to Tallinn in Estonia by ship from Stockholm.

By the way, for Japanese Estonia is getting a lot of attention as an electronic nation for venture entrepreneur people!
We hear a lot about Estonia, from Japanese people who establish companies in Estonia to people who went to see Estonian ventures.

This time I am talking about backpacking in Estonia in 2004!
At that time, there were still no Japanese (I mean, Asians.), so people there thought we were very rare …!

Thumbnail is Lithuania of Hetalia!!
I cosplayed Lithuania many times … I definitely want to go to Lithuania as well!

The ship that goes to Tallinn was presented two of companies when we went to the ticket center in 2004.
One is SilyaLine and the other is Talink.
The SilyaLine was a little more expensive and the Talink was more reasonable.

We were students, we had no money, and of course we chose Talink.
Moreover, I chose the cheapest room in Talink (At the bottom of the ship, right next to the engine, with no windows.) …!
Even so, I remember it cost a little less than 10,000 yen (USD100) per person.

Talink was more reasonable.
But there’s a casino on the ship and there were people dancing.
The picture of our room is ↓, we spent the night in this too small space …!! 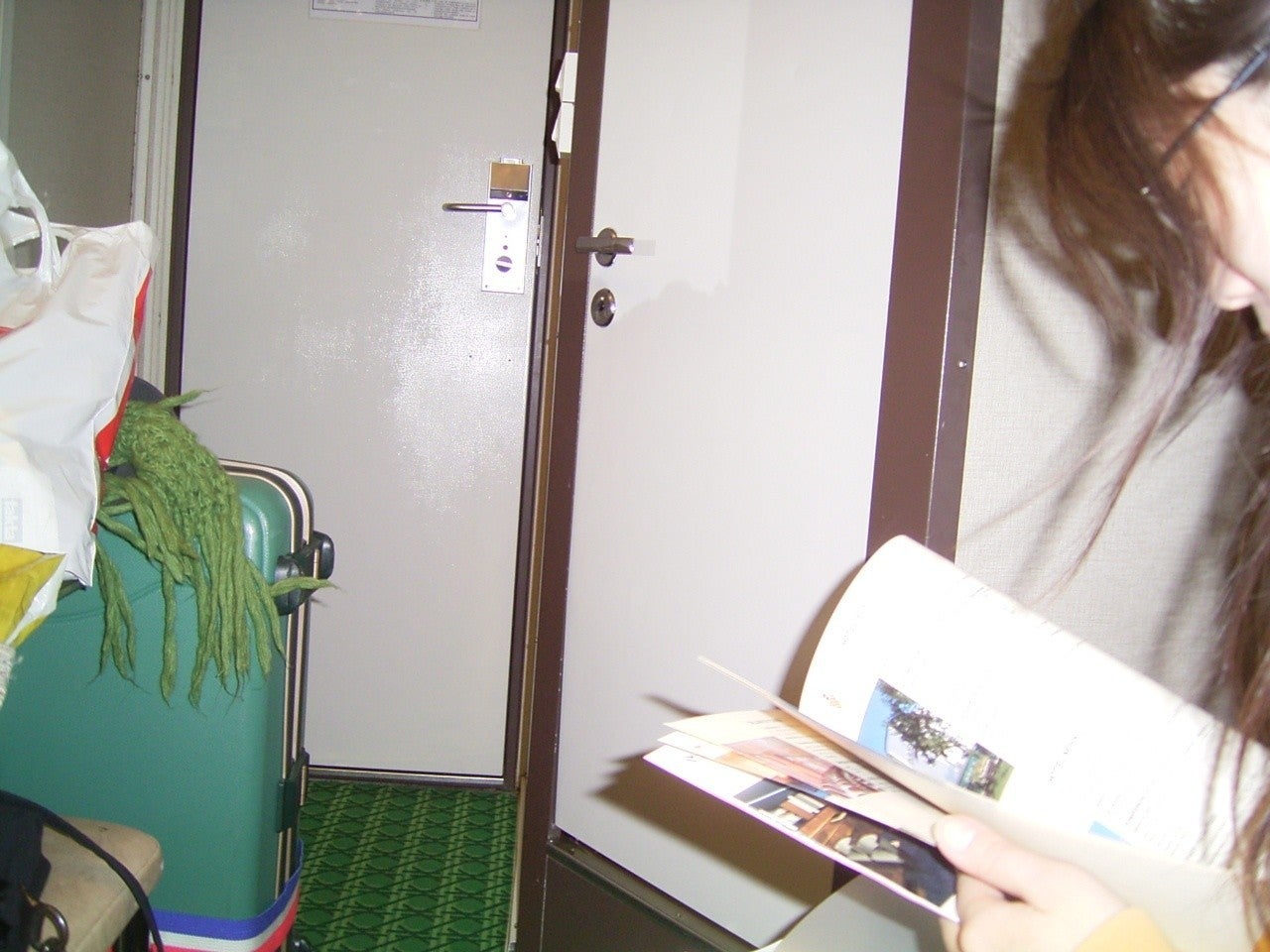 On the ship, we were told “Take a picture with me.” by a local men who think it was rare to see Asians.

From Stockholm to Tallinn just took the whole night on board and we arrived in Tallinn in the morning!

Tallinn is in the city like this! It was snowing at that time. 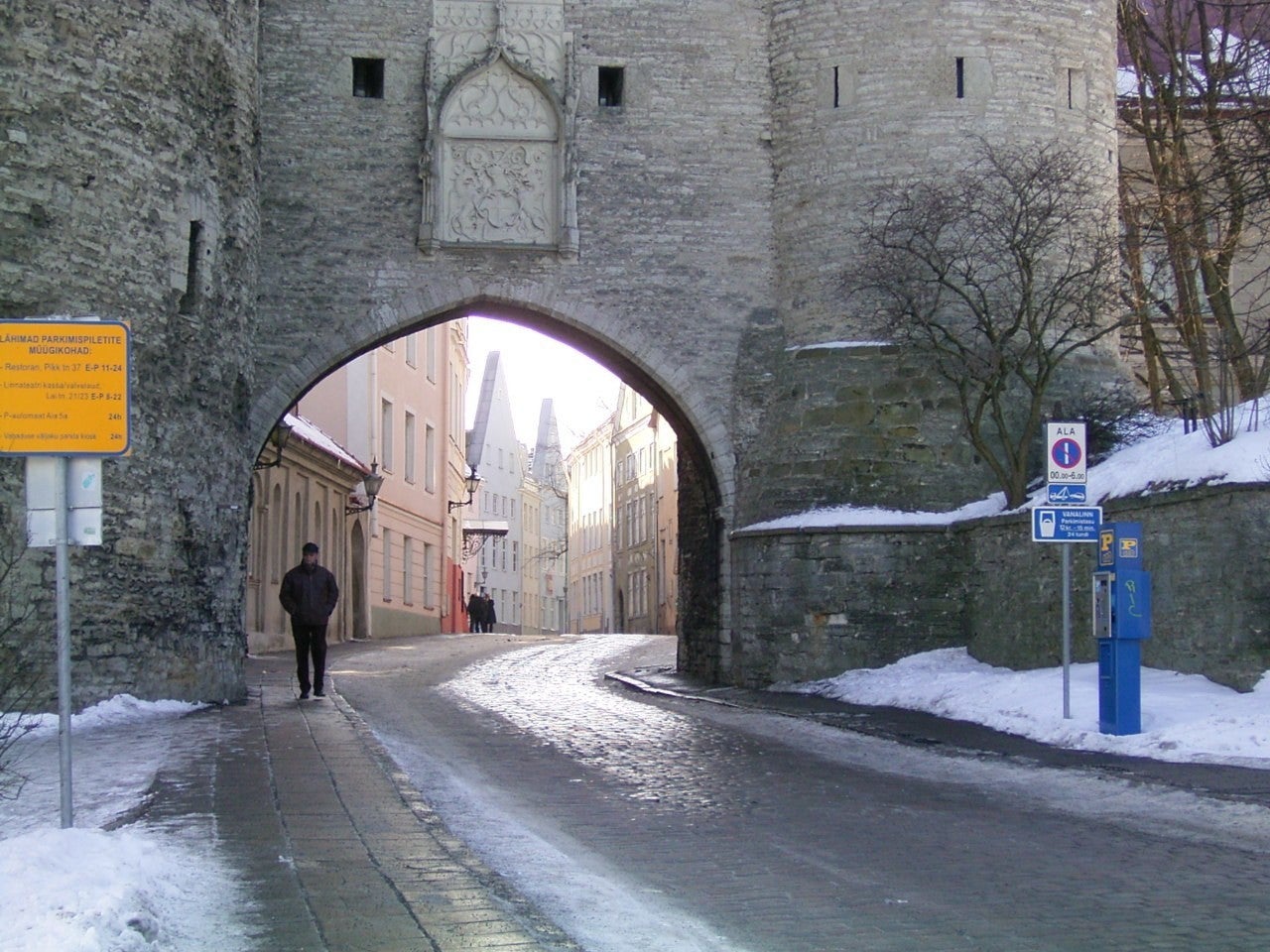 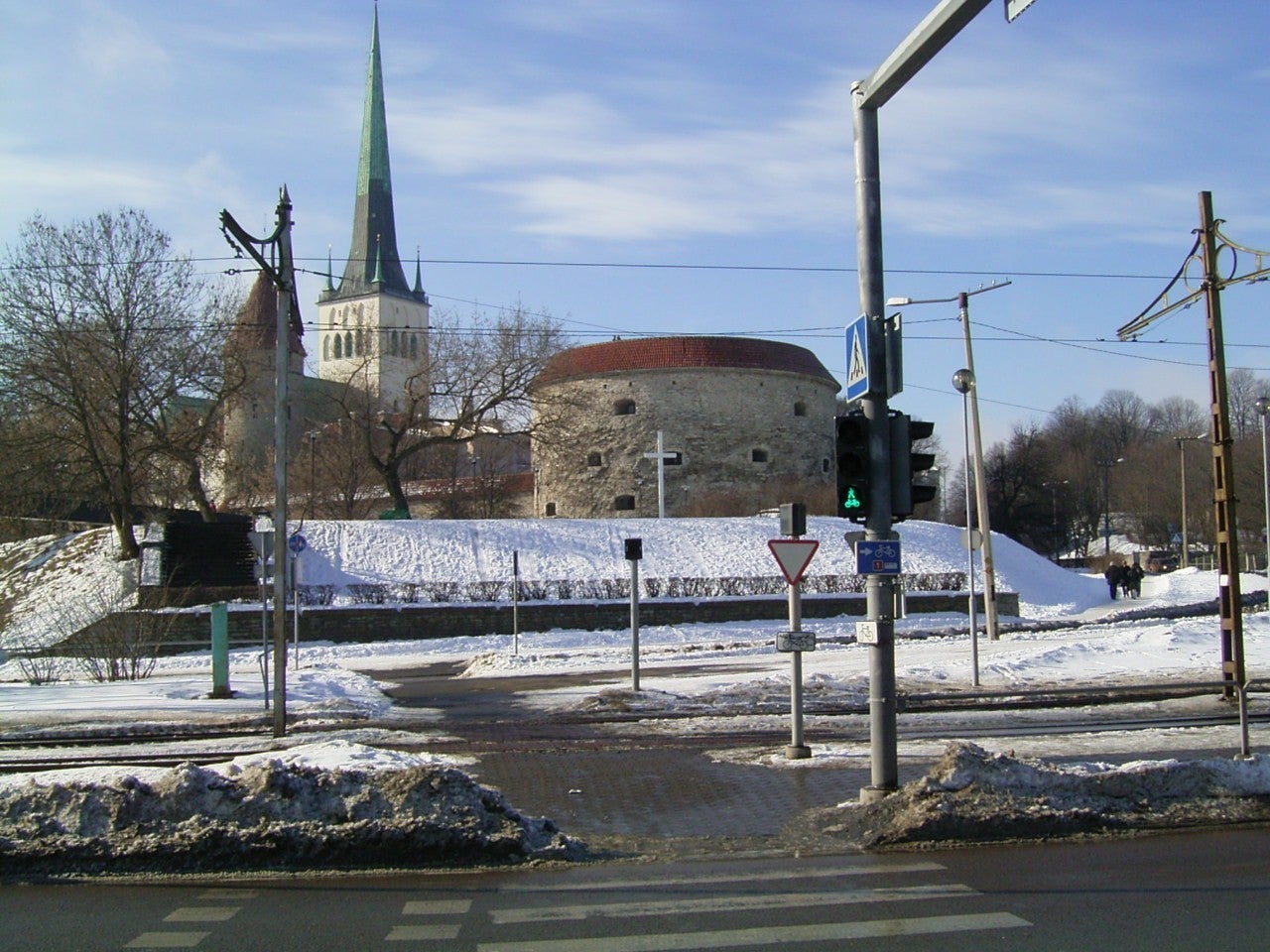 I enjoyed taking pictures at that time, so I was taking pictures while walking around.
Also, when I came to Tallinn, it was interesting that the letters changed to Cyrillic , and I checked Museli (oatmeal) of Cyrillic versions in the supermarket.

By the way, I got lost to the hostel at that time, and when I asked the local lady how to get there, and she told something I cannot listen to for short, and then she said “I gave you directions, so give me a guide fee.”, which surprised me …!!
It was the moment when I thought Eastern Europe was terrible ….Japan never happens like that

But it’s a strange thing, and this experience got me hooked on the charm of Eastern Europe.
And from here, my trip to Eastern Europe started after studying in Russia.

I took a lot of photos of Tallinn at that time, so I will post them!!!
It is very very beautiful!! 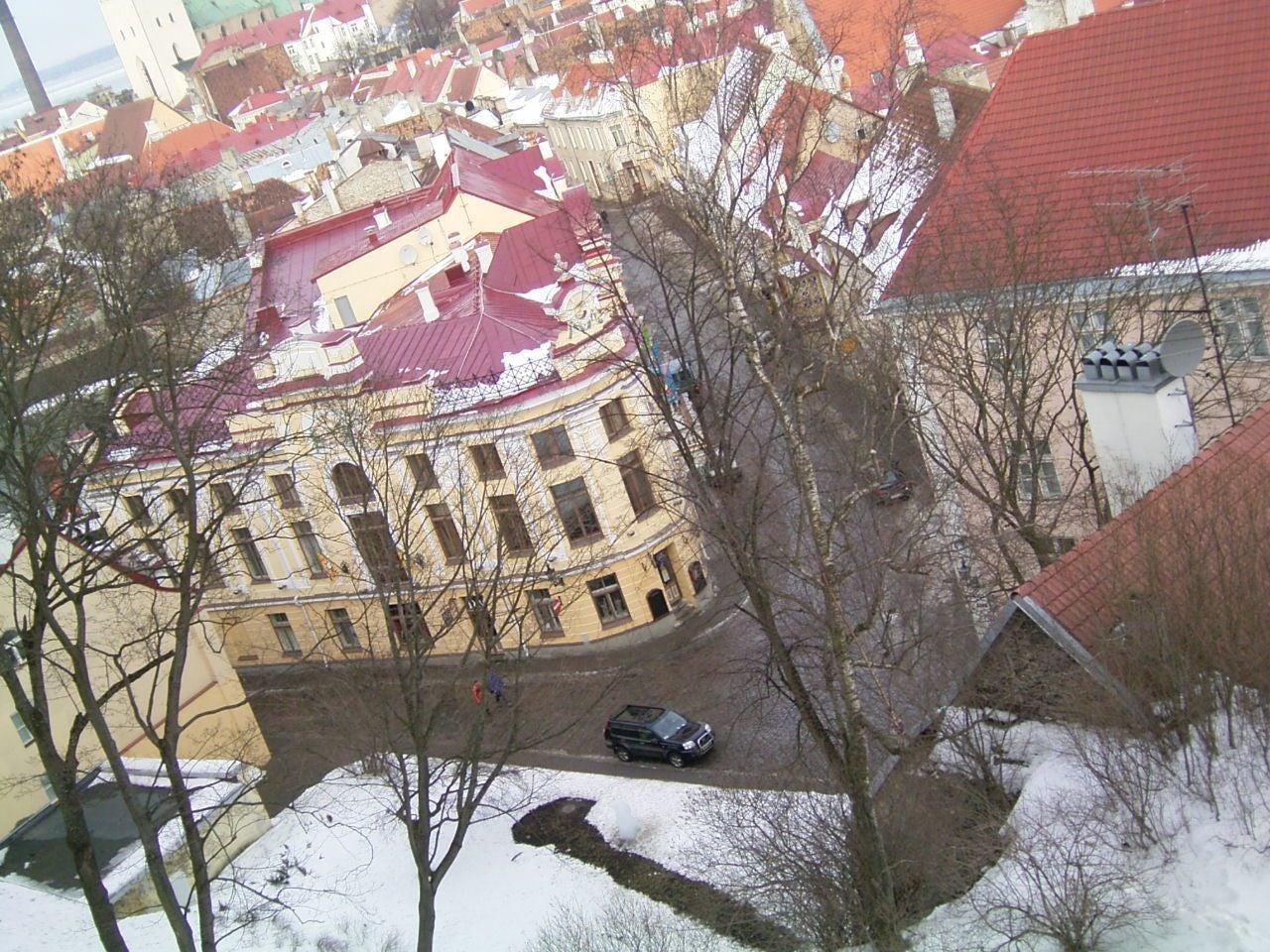 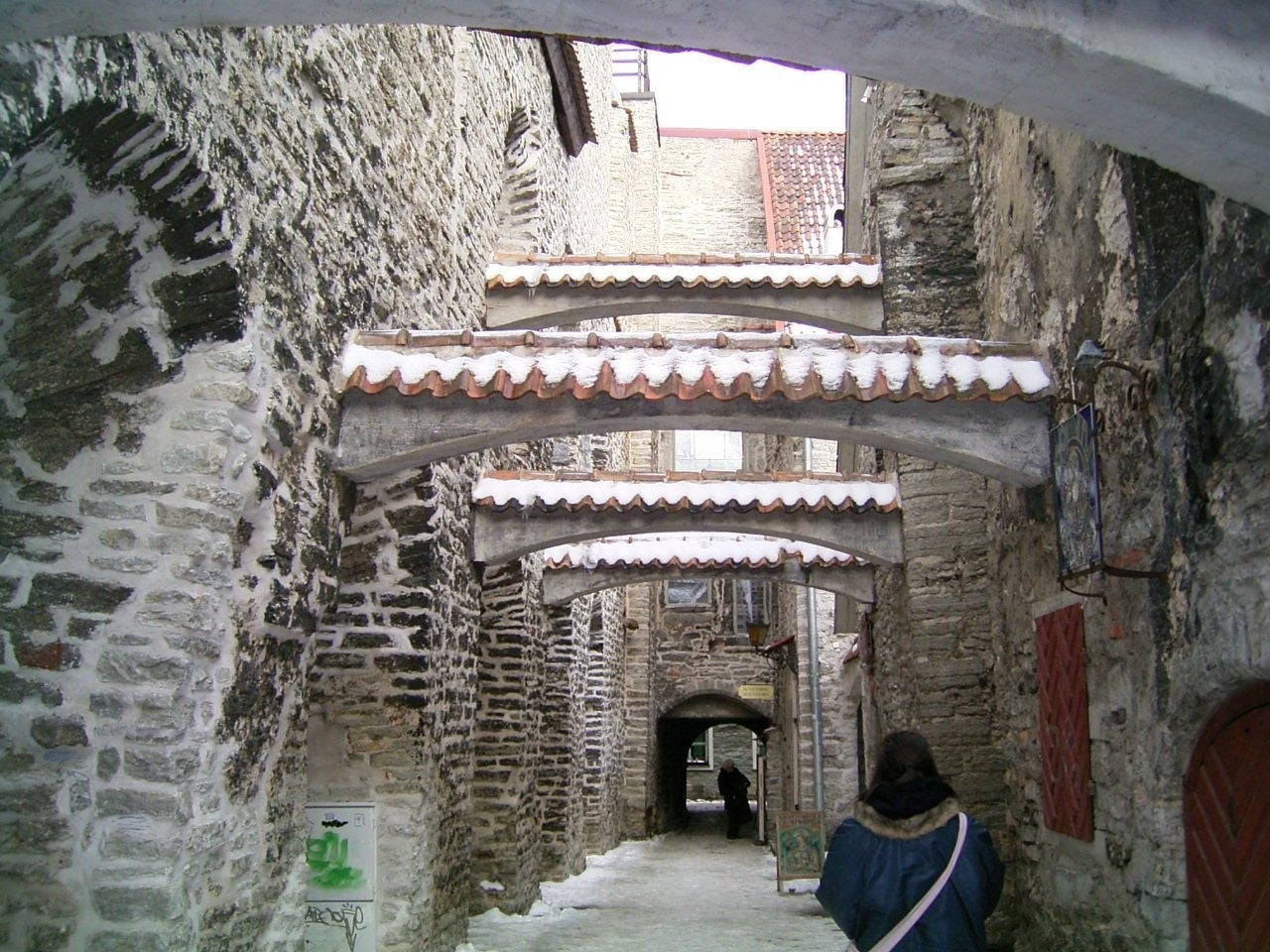 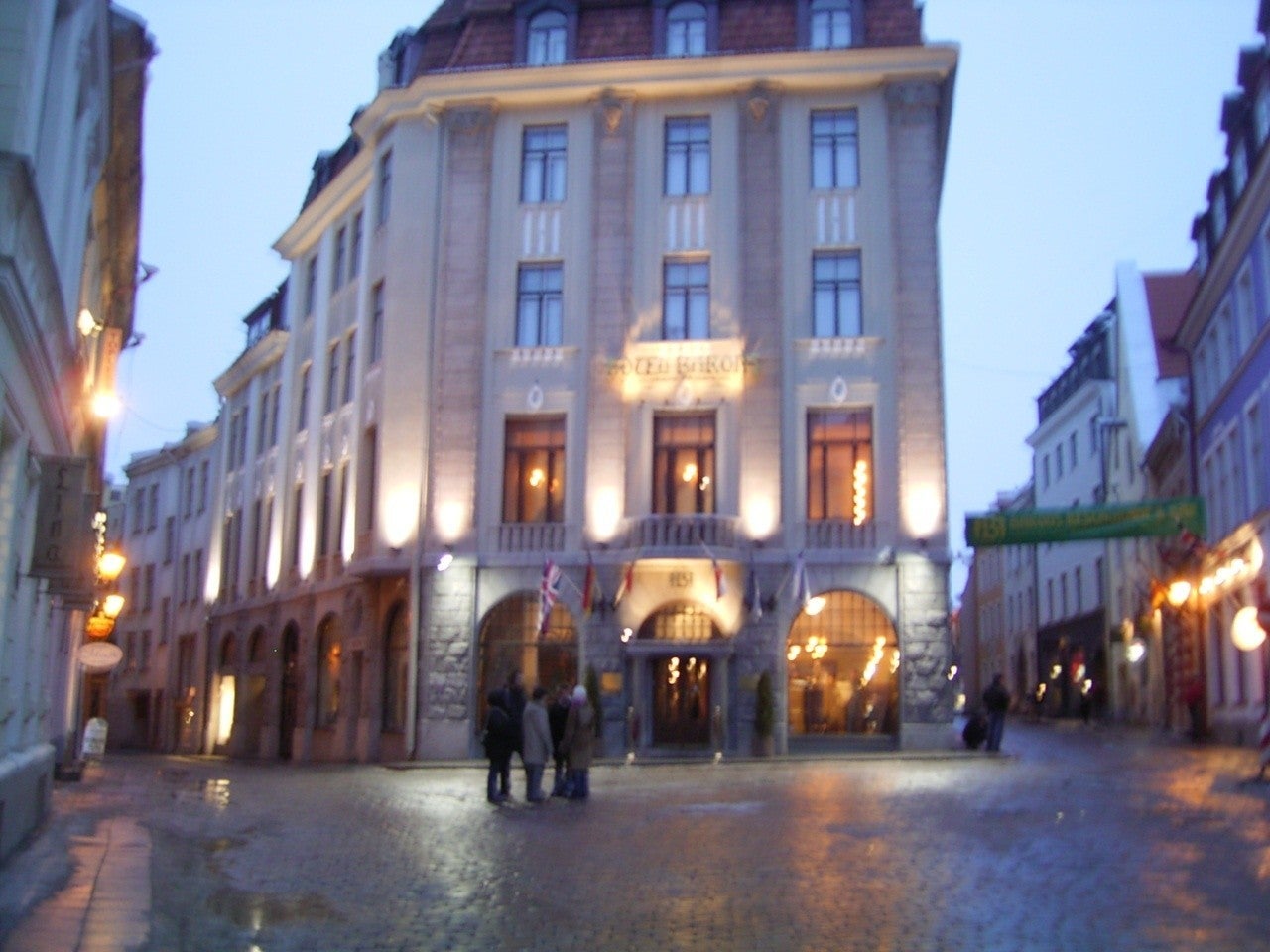 By the way, back in 2004, Tallinn had only one guest house (hostel), and it was an exquisite location, located on 2nd floor of the strip bars.

We stayed at the hostel, but it was somehow unsafe 。。。
Because a foreign tourists staying at the same hostel knocked on our room and tried to open the door!!
So we decided to use a password when we open the door.

So we couldn’t sleep.
I think there are many hostels in Tallinn more than this time, but at that time, we could only find this hotel…..
But, Tallinn, it was really fun and amazing!!!

And from here, I told my parents, “As a backpacker, I want to go to more rare places as Japanese!” and when my parents were very upset, and they said to me, “Just study abroad in Cambridge!” and I went to Cambridge University to study in the summer of the following year.
I will write about that story next!