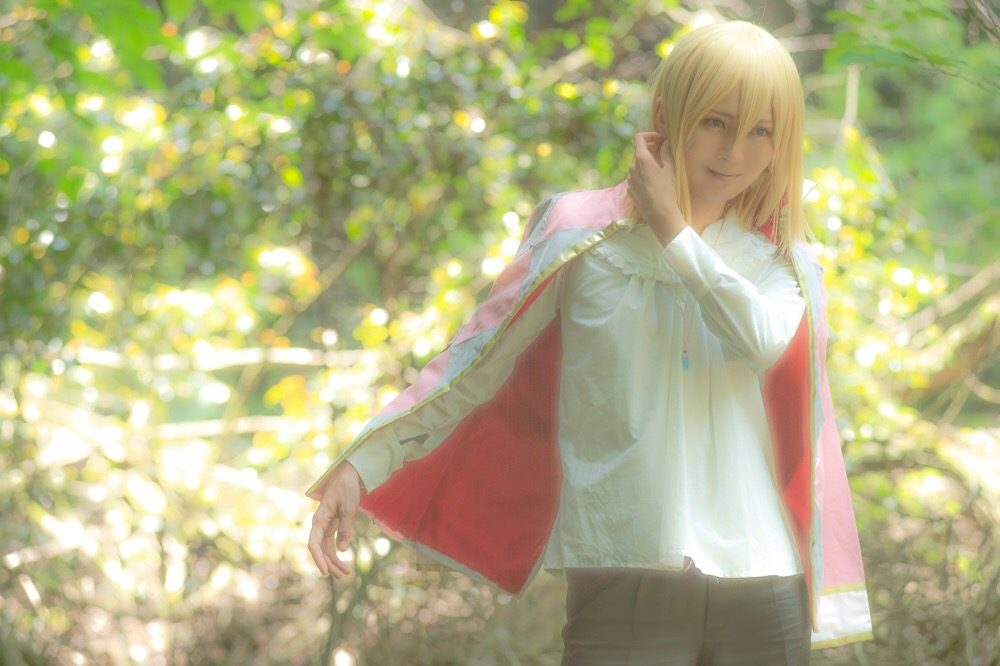 This time I will write about my 2007 solo trip from Russia to Eastern Europe,the last article was in Montenegro!

Backpacker Travels (2007) Montenegro: Kotor, Podgorica
I travelled by train from Podgorica, Montenegro to Belgrade, Serbia, and took a train which left around 11 AM and I expected to arrive in Belgrade around 15 o’clock.

Train is delayed for 6 hours

Then, the train was significantly delayed …!!
Well, Japan is too accurate, and already recognized here in eastern europe it is normal to get delay, so I was prepared for a little delay.

But,then, the train stopped at the border and never moved, delaying its arrival by “Six” hours …! They arrived at Belgrade Central Station at 10 PM, unexpectedly.

I was halfly crying….
I am not sure that if it’s safe to get to Belgrade at 10 PM….and of course I’ve never been there….I was really worried.

What’s more, I was on this long-distance train, and when I realized I was surrounded by a group of about 30 male students who seemed to be coming back from club activities, and they were watching me with too much curiosity.
I think it was probably too strange and interesting for an Asian girl to be on this train, but for me it was just scary to be surrounded by people who I didn’t know …!

I was starting to get nervous, partly because the train was very late, so I thought I would ask the hotel staff to pick me up at the station, so I spoke in Russian.
“I want to call the hotel, and someone has a phone!?!?”
I called out to the people there, and they said,
“She can speak in Russian!!!!”
They began to make a great fuss again.
However, I cannot make Russian (Serbian) in complicated conversations, so I was thinking what should I do.
“We can speak English, what’s wrong, can we help you?”
Then, the pair of mother and daughter sat on the seat in front of me.

The daughter’s name is Milica. She told me that she was a college student and the same age as me.
She went to medical school at a university in Belgrade and said she would become a dentist in the future.
Both mother and daughter were very good at English.
I guess they are the only person who could speak English on the train.

As soon as I knew she was the same age as me, her mother said happily, “Millica, she is your age!” and Milica started talking to me shyly.

Milica asked me, “What do you think of Serbia?”.
At that moment, I replied “There were ruins left in front of the station, so I thought it looked a little dangerous.” without thinking.

Then Milica started to cry a lot…..
“I was 7 years old at that time, I ran away even though I was small, and a lot of bombs fell from above …!!!”
Milica cried a lot, and I blamed myself for answering such as very caress comments.

But then her mother turned to Milica, and said to her,
“Milica, she’s from Japan, too. Do you understand?
Many people in her country died after atomic bombs were dropped on Hiroshima and Nagasaki. You and she are in exactly the same situation. ”
She said in a soothing tone.

At this moment, I just admired her mother’s words.
And I was really ashamed of what I was saying…..
Since then, I have had several opportunities to meet with my Serbian friends, but I bet that I would not talk about topics that would remind them of the terrible memories of past. 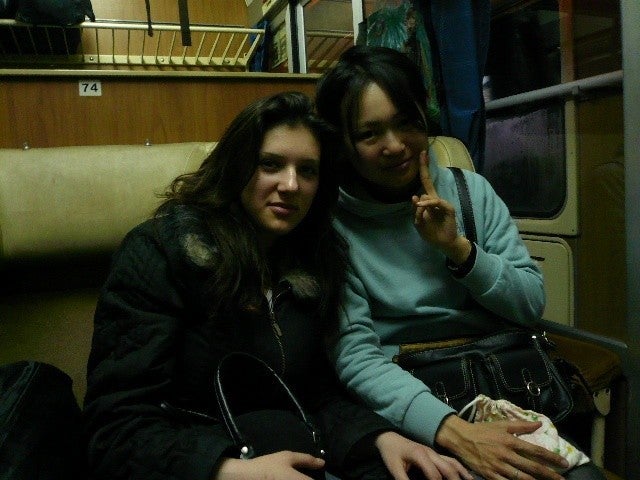 I said good by to Milica and walked through the streets of Belgrade looking for an hotel I had reserved. I called the hotel from the public phone at the station, but then they said
“It’s not difficult to get there, so you can walk there. It’s within walking distance.”
I remember being told like that, and I searched carefully not to go into the strange alley, and luckily I was able to find it right away!

Sightseeing in Belgrade and call my mother

And the next day I went sightseeing in Belgrade.
By the way, I heard that in Belgrade, the ruins of NATO headquarters are left as ruins in front of the station, and that was intentionally so as not to forget the terrible memories of that time. 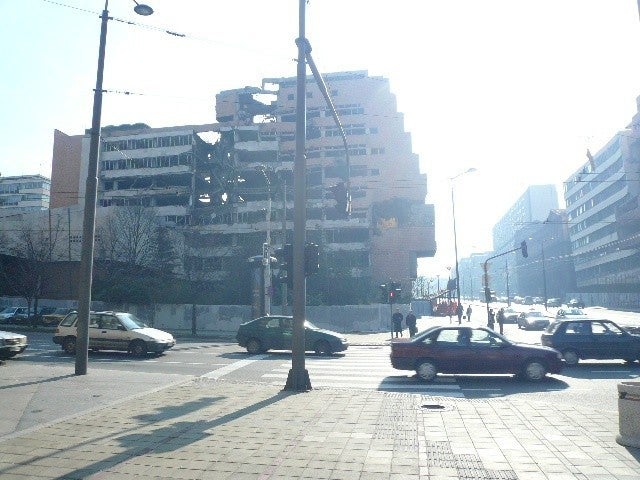 It’s a scenery in Belgrade. 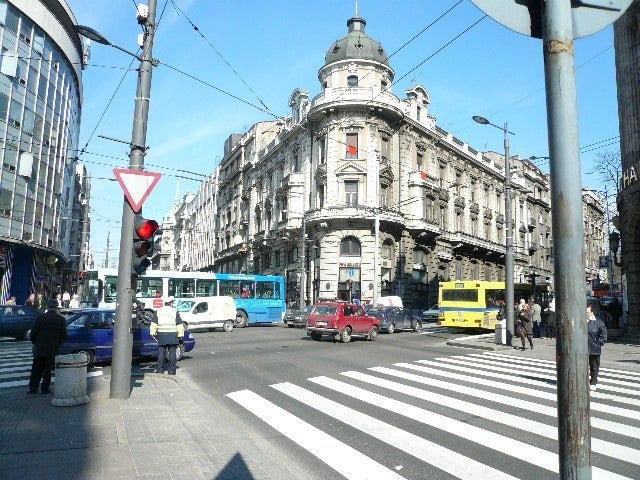 The other day, I could show this scenery to my dear Serbian friends! I’m very happy about that. 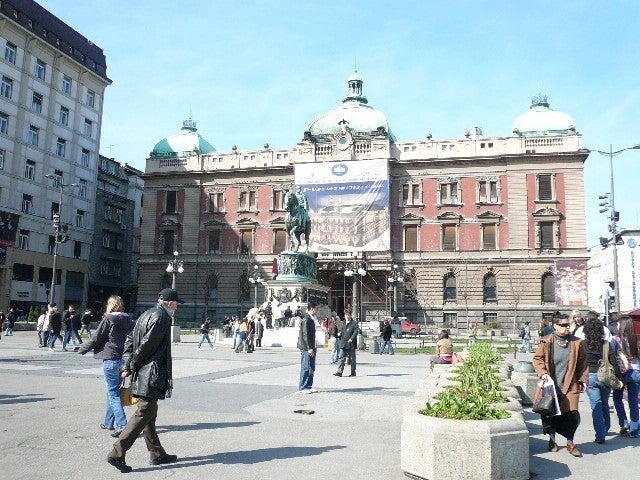 Then I called my mother from a pay phone.
By the way, I kept my parents quiet about this magnificent trip from Russia to the Eastern Europe as such.
Because I thought they would definitely disagree 。。。

So I said, “I’m going to Russia for study.” I showed them brochures of Russian universities that made them look like they were studying at a Russian university (Even though there were considerable opposition too), and in fact I was on half a homestay in Russia, and then I was going around in eastern europe. And I made money for that by myself doing several part-time jobs.
Also, it’s a trip of my own responsibility, I was very careful all the time then. And I checked the itinerary very carefully in advance.

I thought my mother would be surprised if she knew I was in Serbia, so I lied on the phone saying, “Mom,I am in Russia and also it is very fun!”
Because my mother was the desease of Depression and not in good condition at that time, so I didn’t want to make my mother worry lots.
Of course, after I returned home safely, I told my parents that where I actually went around, and when my father met a Bosnian on business, and then he happily told the Bosnian that “Listen, my daughter went to Bosnia!”.

And there was one Japanese guy in the hotel in Belgrade.
He seems to have traveled around this area for a long time, and he was giving me an advice when I told him that my going to Romania by night train.
“I definitely recommend you take first class rather than second class seats on the night train from Belgrade to Bucharest.
That’s because my girlfriend was in a second-class car on that train, and when she woke up with a noise while sleeping, a robber with a knife entered the compartment and said she was scared. ”
I was so scared to hear that and already then I bought a second-class ticket, so I went to the station and asked them to change it to a first-class ticket, and got into the first-class compartment.

Next is Romania, but it will be a bit long so I will write Macedonia (Ohrid, Skopje) first!