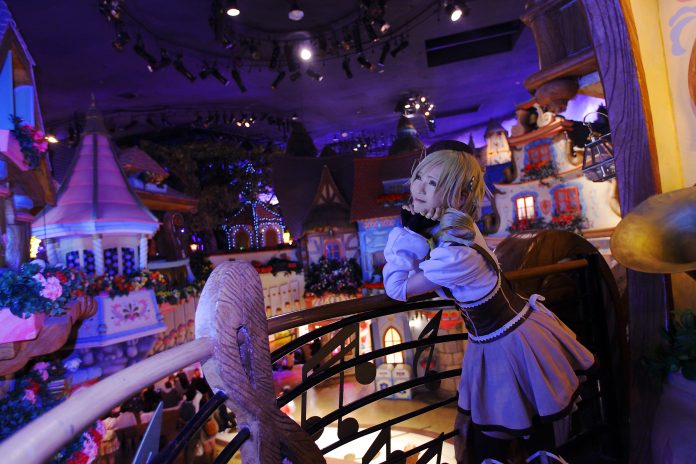 I have perfect pitch.
This time I’d like to write about this ability of “Absolute Pitch”.

By the way, my absolute pitch is at a level where I can accurately transcribe all kinds of music to the score.
In other words, it’s a very standard level of absolute pitch.

How can you see the world with absolute pitch?

First of all, as for instruments with scales and the sounds of singing voices, this comes into my ear from the beginning with key like “C” and so on.
So if I transcribe it as it is, the score will be completed.

A common question is, “You’re good at singing, aren’t you?” Unfortunately, although just the key is perfectly accurate, my song is not too impressive to the people to be moved.

As for normal sounds, if I listen carefully, I can hear them by key. The sound of the train doors opening, the sound of crows, the sound of something falling … it’s possible to hear everything with some definite key!

And it’s easy to recognize when somebody is out of tune.
When I was introduced to “She has absolute pitch!” in front of the artists at a live house, the artists get very nervous sometimes.
Maybe I can use my ear as a machine for tuning stringed instruments, or rather, I was often used to check the pitch of a friend playing the violin or something.

Surprisingly, when professional singers are singing live songs on TV, I can see that they often miss the pitch.
(apart from the intentional puffing off)

How I copy the songs?

I can make this kind of songs for about a day or two days!

How did I get absolute pitch?

I just have been learning the piano as a lesson since I was 3 years old.
However, it was just a weekly lesson.
The only thing is, I have an absolute pitch, so I think my ears work better, on the other hand, my brother’s nose works better, and he’s very very sensitive to smell.
When he was a little boy, he would get sick and faint in a place with a unique smell (such as Museums.).

When I was little, I thought that everyone could hear all the sounds by key as well as me.
But one day, when I started playing a popular song that was popular at that time on the school piano, and then everyone was surprised and said, “How can you do that!? Wow!!”.
Then I realized, “I’m the only one who can hear keys and that is absolute pitch …”.

When I was in college, I was in charge of music for the sound game to be put on the Comiket by team.

Also, when I was in high school, I was in charge of making music score on the main play of school festival!
Then, I watched a video of a original play (In this case the popular play of Takarazuka), and I caught all the sounds into the scores, and I also transcribed them according to the composition of the instruments of the brass band club at that time.
Also at the cultural festival, I was in charge of the music of another play team, then on that play I made to fit into all the music to the musical by changing the minor major, and the length of music thinking of the singer’s scale!!

That means, I can compose anything even already when I was in high school^^*
I thought I was doing a lot of things!
I would be happy if I could write this part of story in more detail on other articles.

By the way, I was a high school girl and had a website for Midi music which I made by DTM compose of the musics when it was the Internet pioneer about 20 years ago!!

You can see that is the HP, but I deleted 90% of songs because of new established Japanese copyright row, so not this website is much less active, though….
*Blue Ocean* My MIDI music Homepage

There was a lot of activity, I held party for the people who came my HP, and also eventually there was a couple who met on my website….and there were much memories.] But under the Japanese copyright law of JASRAC, which was established and enacted suddenly came after 2years since my website has established, I was suddenly charged for the copyright fee by them … and then I stopped to compoose music too much anymore…

I would be happy if I could write that memory in another article!
I was only 16 years old at the time, I was a high school girl and didn’t want to be discovered as I am just 16, so I used to behave on my HP as unknown gender (lol)
I was doing various things such as organizing one of the major Web-ring at that time, publishing an e-mail magazine, etc. (I had about 300 subscribers.)!! I miss that time.

My Interviewed Article was on Sally Japan!

About my Cosplay Life with Greater Appreciation