HikarigreenTokyo Cosplayer and Institutional Investor from Tokyo Japan!
Home Japan Otaku/Cosplay About Otakus in Japan How Otaku/Fujoshi/Cosplayer of 20 years ago in Countryside of Japan? (1)Otaku 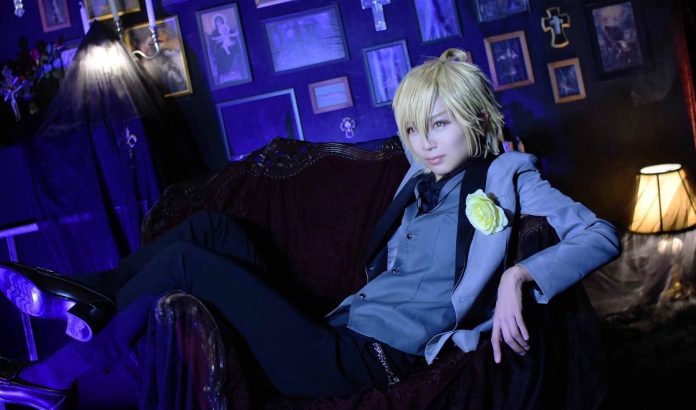 Hello!! This time, the story is as the title says.
It seems to be long, so I will divide it into three articles, and this time is about otaku.

Now Otaku have got mainstream, but back then Otaku were treated like the people who must have some social problem, sadly then in Japan…!

At that time, I was being bullied because I have serious disease which needs operation, so I have only a memory of despair, but Fukui pref. is still an amazing hometown with a lot of nature and delicious seafood!

Otaku of 20 years ago

First of all, the impression of otaku was like “nerd”, “no friends”, “weird”, and “creepy” in Japan of 20years ago.
And I was Otaku as well, and I was very very shy, so I am kind of the person who just got the perfect only the test and study, but who couldn’t talk to friends lots.

At that time, I thought my life was kind of despair.
Well, cosplay saved me …!!

I was shy and couldn’t talk actively to the people, so I enjoyed watching anime after I got home.
When I said that I like anime in my class, I was looked at with a slightly negative eye like “Ah, um, you are a geek…”.

By the way, most nerds hid their existence in classroom.

However, in the countryside, sadly, anime was broadcasted half a year later and it was broadcasted at a daytime when I was at school.
(Because the countryside they do not have lots of channel, so in that way, many animation has not broadcasted the best time such as Tokyo started from 19:00, but started from 15:00 or even 16:00 and it gets delay to start half a year….that is the case of countryside in Japan….very very pity)
In the past, when Pokémon was suspended due to the “Polygon incident (by the screen effect during the pokemon animation with polygon, then many kids felt very sick and it gets big problem and eventually to stop broadcasting of Pokemon animation)”, and Pokémon was suddenly suspended.
I was in countryside and then we have no catch up and suddenly stopped broadcasting even the rest episodes just before polygon incident including a half year delay, and it made me cry then……

So most of the animation has started at 4:30 PM.
As for the rural people, 4:30 was a time we should run home in seconds after school…!
So, of course, I was running to my house.

However, my elementary school is 60 minutes away on foot from my house, and the shortest way, agricultural roads (a single-lane rice field road), was sometimes we have got stray dogs …!!
On the day when they met a stray dog on a straight road on a farm road, as soon as they could see the stray dog in their sight, they had no choice but to turn back in half tears….

How my parents looked at me then

As I wrote above, I was bullied at school, and my parents didn’t know what to do with me who was so devoted to anime.
For my father and mother, they were married to each other through arranged marriages, so the my father and mother took much importance on “public image”.
(When I wrote something like this situation in another media article, my mother got angry at me, “Don’t bring our shame on us to public!” and I was told to behave perfectly as smartest on public)

Also, as many of you probably know, the public image of otaku 20 years ago was the worst.
Every time there was a news kidnappers like Tsutomu Miyazaki, it was said like “This crimer has social problem who have no friends and also he has lots of comics and anime DVD in his house, so he cannot see the difference of anime world and the reality….he is otaku and it made him crazy …”, and it made my parents (and of course many normal people in Japanese society then) feel like an anime otaku was a potential criminal.

My father and mother frowned at me partly because of the influence of the media.

And also when I was a child, I also felt that my parents couldn’t accept that I was being bullied, and I always despaired, “Is it okay for me to exist here?”.
I thought about suiside many times (But I didn’t have the courage to do that).

But for me, the otaku world was the heaven of my heart.
I was at the bottom of the schoolmates, went to school every day when I was sick with a disease that needed surgery, then I was bullied a lot and had no hope in my life.

Without the world of otaku, I would probably have been tired of life.
By the way, when I was preparing for my high school entrance exams, I always listened to my favorite song “Digimon Adventure” while studying.
Then, I was able to pass the most difficult high school for women in Japan, even though I came to Tokyo from Fukui which is very countryside.

Digimon Adventure is the best anime!
I’ve heard “Butter-Fly”, “Brave Heart”, “Keep on” and “My Wish” over and over again.
Digimon’s songs were like “Even if you are hurt, if you do not give up and keep looking forward, you will have a wonderful future.” and also “Keep walking, and there are things only you can do.”, and they were very positive and cheerful!

*By the way, I think I will write another article about Fujoshi such as with doujinshi!

Thank you very much in A-Kon held in Texas, US!! F