HikarigreenTokyo Cosplayer and Institutional Investor from Tokyo Japan!
Home Myself My Thoughts Story about my mysterious Photographer Friend in Okinawa : Who Control the... 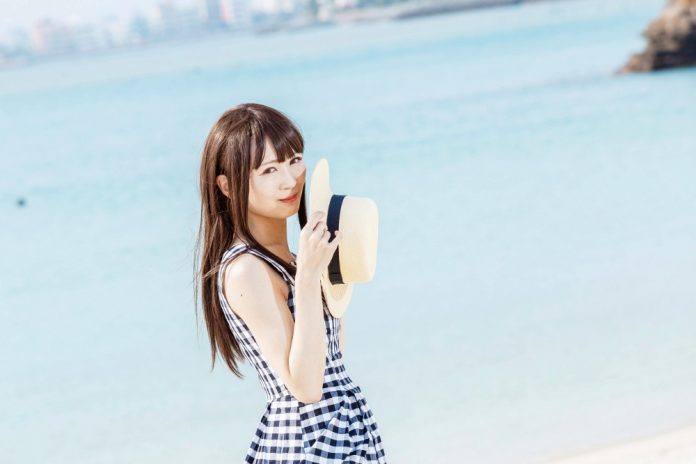 Hello! I’ve always wanted to write about this story.
The story I’m going to write this time is a true story of course, but it’s a very interesting story, so I wrote it because I wanted to share it with you too.
This is about a friend who controls the weather, I remember that “Weathering with You” movie by Makoto Shinkai was popular last year.
It is a story of a photographer friend who controls the weather and can communicate with vegetables/plants.
He is the same age as me. Just around 30years old.

I have many of dear friends, such as cosplayer friends, photographer friends, financial industry’s friends, music composer friends, foreign friends … they are all wonderful friends.

And this friend was especially impressive.
This person is a photographer. I met him when I went to Okinawa to take pictures.
He is a commercial photographer. He mainly takes pictures of bridal, and he takes very nice pictures.

I met this photographer when I had an appointment to shoot with him in Okinawa.

Control the weather in front of me

It was cloudy that day and it looked like it would rain soon then in Okinawa.
As we were going to shoot, the photographer said to me,
“It’s cloudy today, but I will make it sunny soon before we take a picture.”
He said so confidently, and I cannot understand what he meant at that time.

But it happened the moment the photographer took the camera, clouds were removed from the sky, and all of a sudden the weather became clear without any clouds!
I think only the area around we were doing shoot were turned to be sunny then.

And also after a while when we were having a break, the sky began to cloudy again.
Then, as soon as the break ended and shooting started again, the weather gets sunny again!

It was the first time I met someone who changed the weather in a moment.

He said it is quite normal for him.
“When I don’t feel like taking pictures, it definitely rains from the morning and the shooting itself will be canceled, so I don’t need to do unwilling shooting.”
He said with a smile.

During the conversation, what I felt about this photographer was “He is a person with a beautiful heart and good luck.”.

He can communicate with plants/vegetables

I talked a lot with this photographer and made friends with him, and after a while he also told me that
“I can communicate with vegetables, not many people believe me, so I won’t tell everyone.”

He said that the vegetable talked to him when he was studying agriculture in his school days, he was growing a lot of vegetables in a big plant.

Then, suddenly one vegetables talked to him
“One vegetable stealing our nutrition! Do something about that one!”
And he said that the professor who was managing the plant together didn’t hear that.

So, he said that when he thinned out the vegetables which took a lot of nutrients from the surroundings, other vegetables regained energy.

He said that talking with vegetables is not so much a special thing, but it is really like being a school teacher, and that it is like calming the noisy vegetables and growing them up running side by side.

I think normally it’s hard to believe that talking with vegetables, but I thought it was really interesting.
There are many strange things in my life, so I was rather happy to hear this story.

The admirable points about the photographer was “Everytime he is not with too much obsession”.
That means when he found a new way to grow vegetables by talking with vegetables, he got a chance to get more gain of fame, but he did not chase a lot about that and then became a photographer.

When I met him, as soon as he started working as a commercial photographer, he already established a certain position within a short period of time.
Shortly after meeting with him, he quit his job as a photographer, and he took a different path what he truly want to do at that time.

I haven’t had a chance to go to Okinawa for a long time, and I haven’t seen him for several years.
Of course, I think the friends who have money, high status are also amazing.
But this photographer is one of my unforgettable friends. I’m glad I met him.