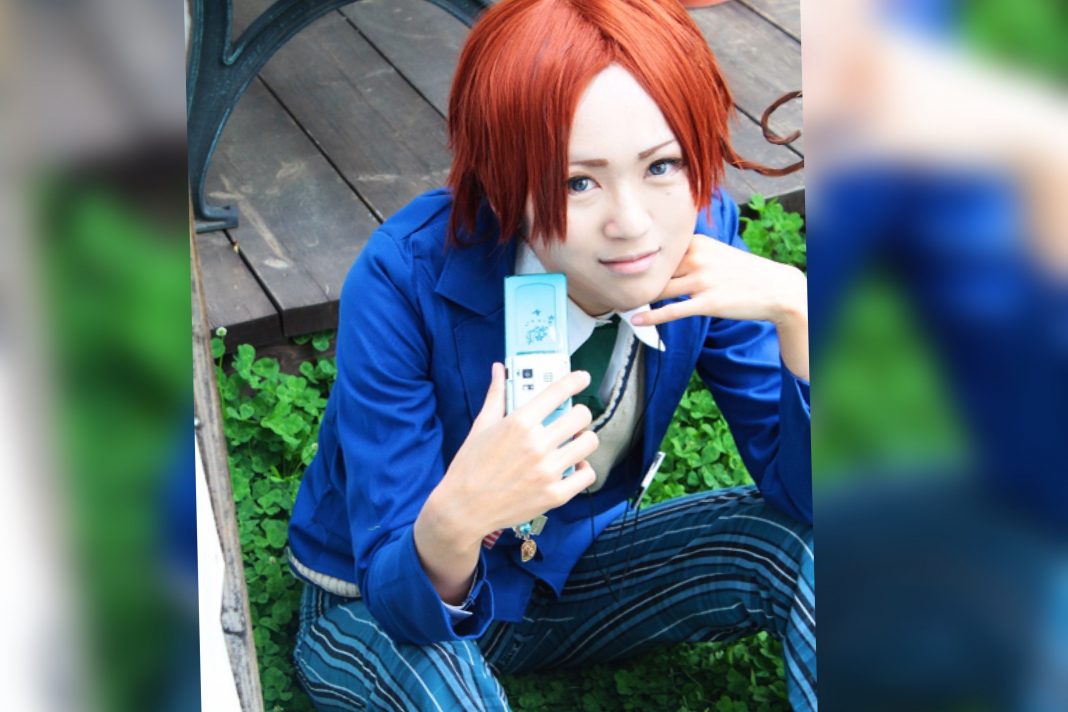 There are four countries I like (Or rather, a country that I made a lot of memories.), Russia, Israel, Indonesia and one more country is Ireland.

By the way, I studied abroad in Ireland for 2 months in 2005, this time for language study.
In my last article, I wrote about my studying abroad at Cambridge University in England, but at the time, my primary purpose, “make friends with local people”, was not achieved much.
Because of that, I decided to study language again.
But I heard that if I go to study in Canada or the United States, most language schools are filled with many Japanese (at that time), and end up hanging out with Japanese people … so I choose the places where many Japanese people seldom come!
It was Ireland.

I saved money for my part-time job, and in the spring of 2006, I went to Ireland to study!
Again, my father said, “Ireland is dangerous. Stop it!”. But, as I write many times, I will go to Syria or something after this….

This time I am also going to write about the greatness of Ireland!!

One of the most famous things in Ireland is Guinness beer.
Irish people drink so much! That said, Ireland is the birthplace of Guinness, the highest quality black beer.
And this Guinness beer is really delicious. I couldn’t drink beer for a long time, but after I went to Ireland and drank Guinness, which had just been brewed in a distillery, I fell in love with beer!!
I would definitely encourage people to drink Guinness beer in Ireland and there are many other types of beer with the local name like Kilkenny but they are also generally good!!

By the way, as you know, for euro, the pattern on the back of the coin differs depending on the country where the coin was issued.
And the coins for the Irish euro have the Guinness Beer logo (harp) on the back and it shows Guiness is the representative of Ireland.

By the way, my homestay family was even cooking something called “Guinness stew”!

And everyone loves pubs.
There are a lot of Irish pubs. When we go there, we enjoy drinking together, sometimes music is played, and people are dancing with smiles.
On soccer days, Irish people also gather at Irish pubs.
I can hear them shouting like “Beat UK team!!”, and I thought, somehow, everywhere has some conflict with neighboring countries ….
because it’s the same in Japan. 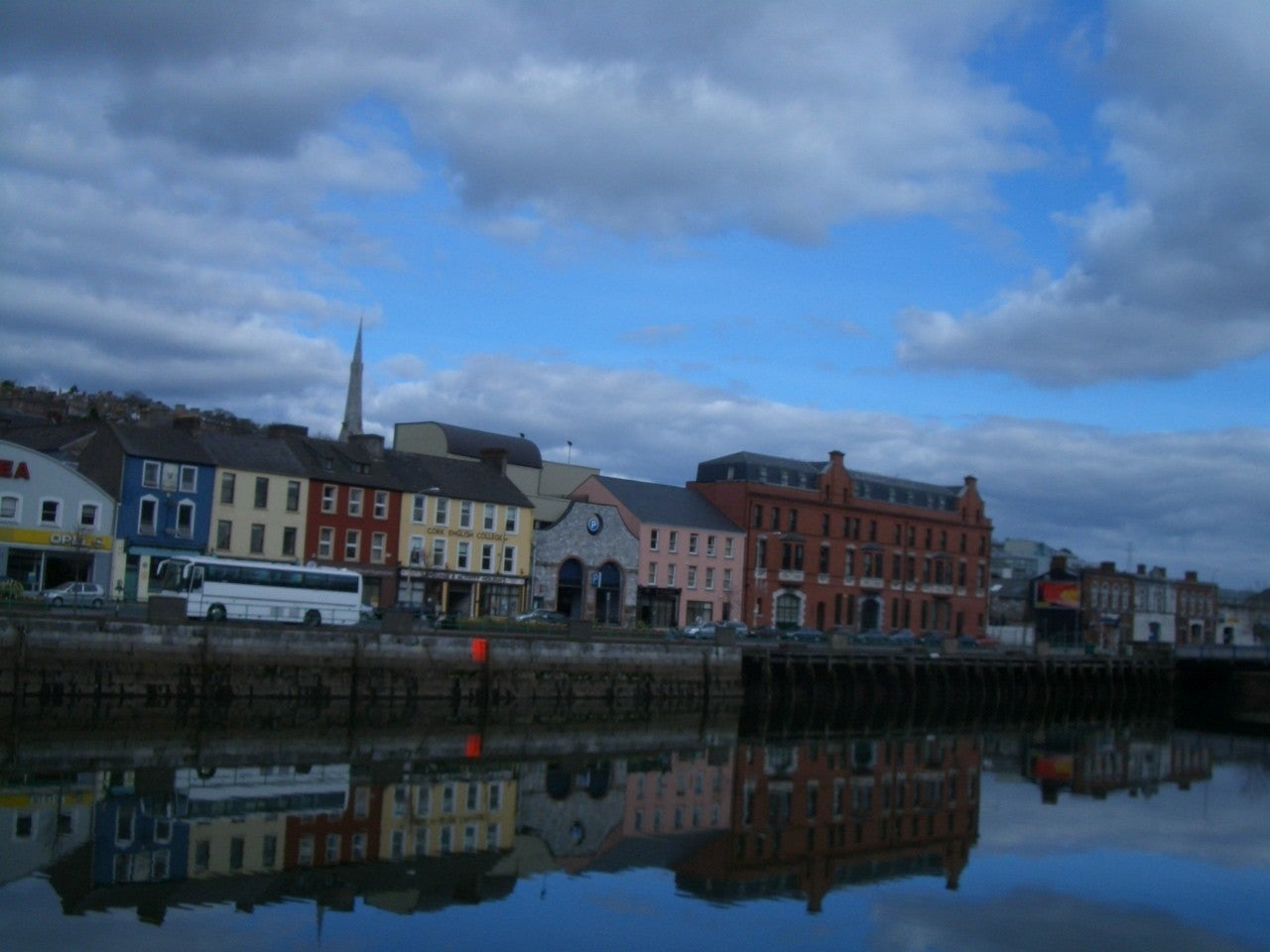 I think St. Patrick’s Day is also famous in America and Canada.
(My mother once in Canada knew.)
But this Saint Patrick’s Day actually originated in Ireland.
There are a certain number of Irish immigrants who left Ireland to America at the time of the Famine.
Some of them return to Ireland on St. Patrick’s Day.
By the way, I saw this St. Patrick’s Day at Galway and I will write it in another article!

And another thing, shamrock is like a symbol of Ireland.
Ireland has this shamrock and green everywhere.
As for the rugby team that came to Japan last year, the uniform of the Irish team is green. 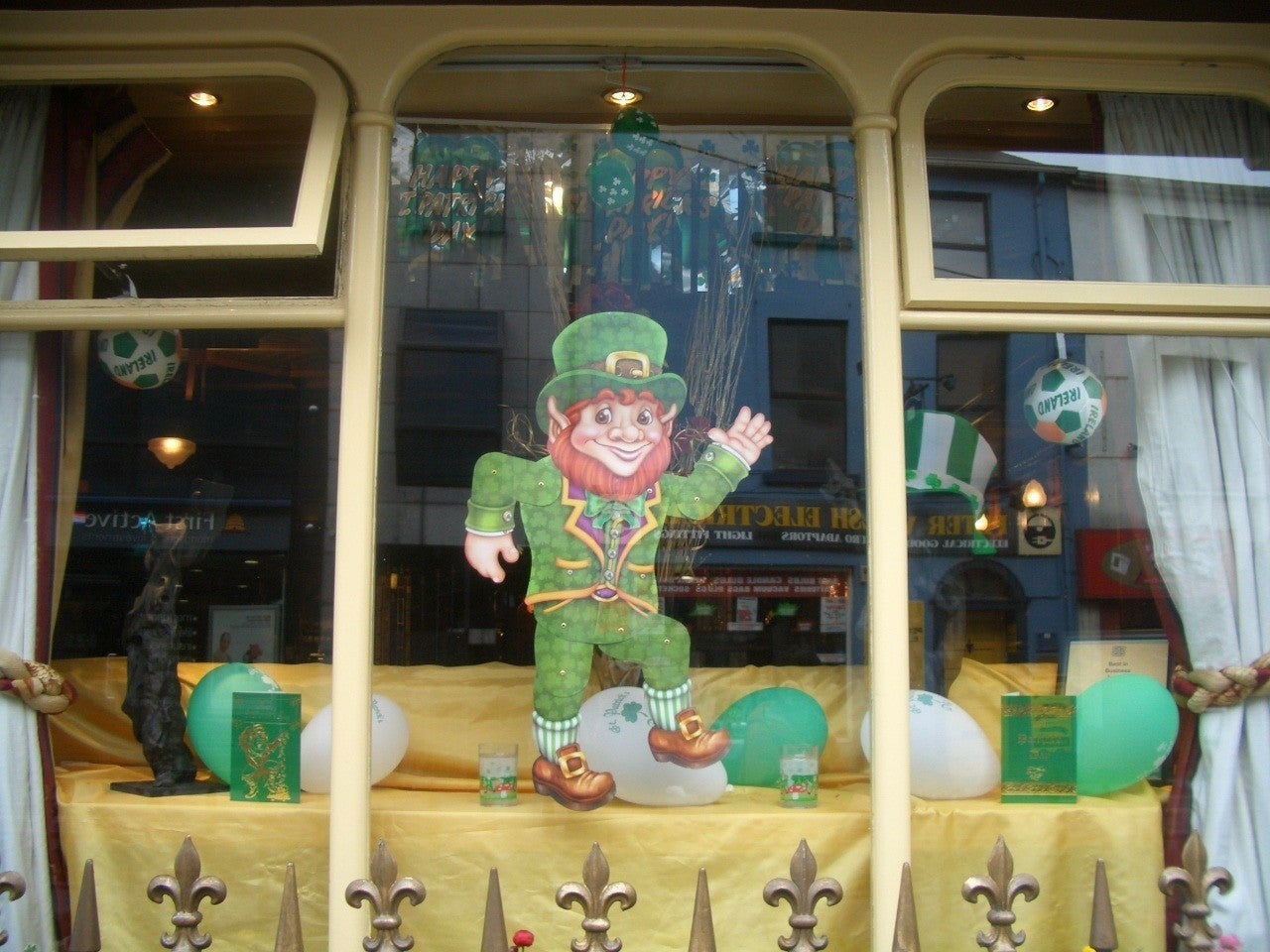 Ireland is really peaceful.
I thought so when I watched TV programs.

First of all, it seemed to be the Cork where I was studying, when people passed each other, they greeted each other with a smile and said, “Hello”.

And one more thing, the news on TV was really peaceful.
The missing case (What’s more, an incident in a distant city Belfast.) more than 2 months ago was still broadcasted and reported on the news repeatedly every day.
In Japan, horrible incidents occur one after another in Tokyo, and the news changes rapidly every day, but here in Cork, one incident was reported all the time.
It was very peaceful in the sense and also I felt truly depressed when I saw many terrible incidents in Tokyo.
In addition, there were many other TV programs that were more peaceful than those in Japan, which people laughed and made fool of somebody for excitement or did provocative things on purpose ….
(I remember a TV show where an entertainer who has reached the age of 50 holds a class reunion with his old classmates on TV and continues to talk calmly.)

By the way, the healing music, Enya is also an Irish artist!

As I first drew, Ireland was mainly a place for European people to learn languages.
They are children of Polish brothers. 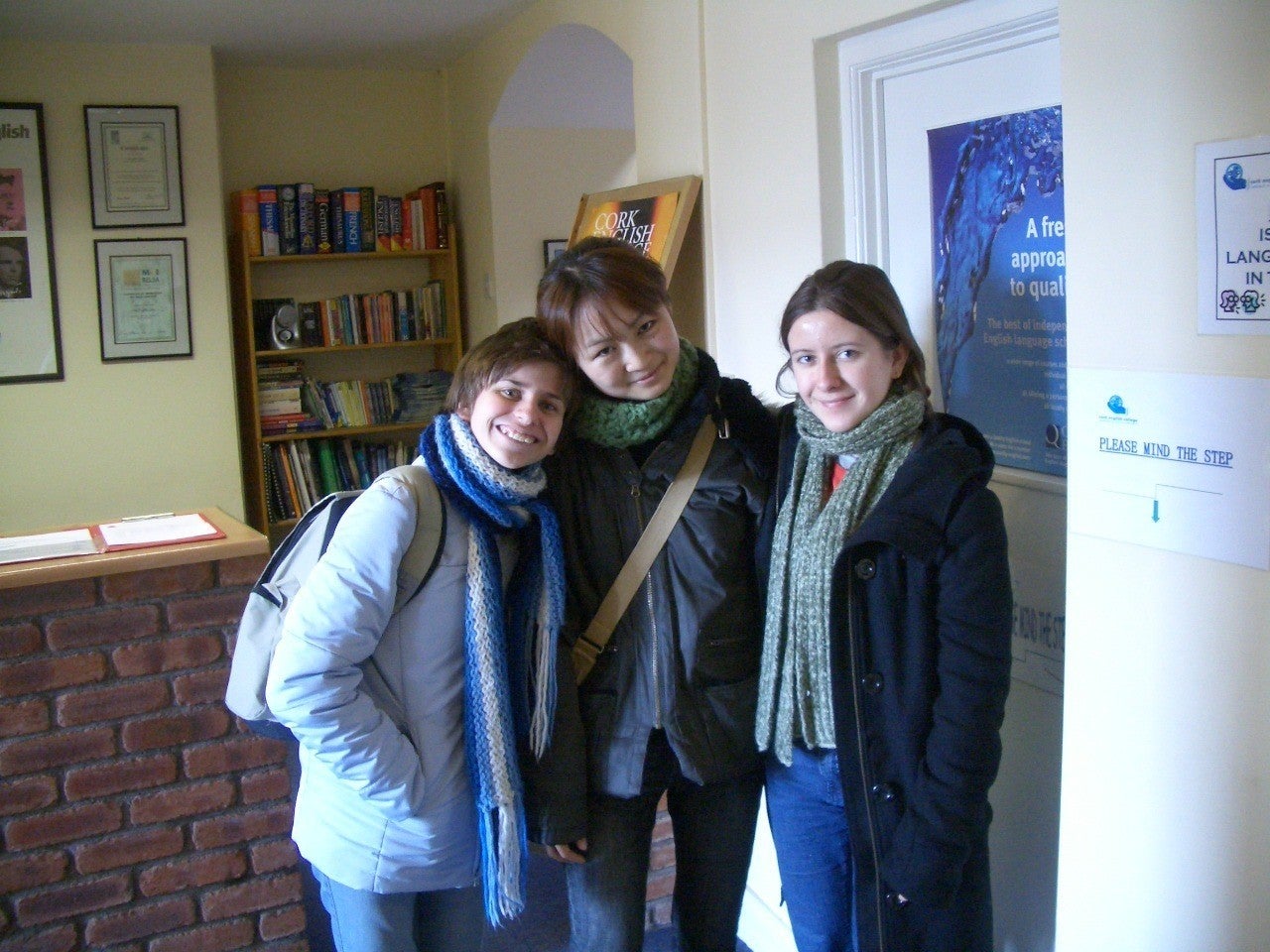 And the French and Swiss girls who were staying at the same house!
We all went out on holiday! 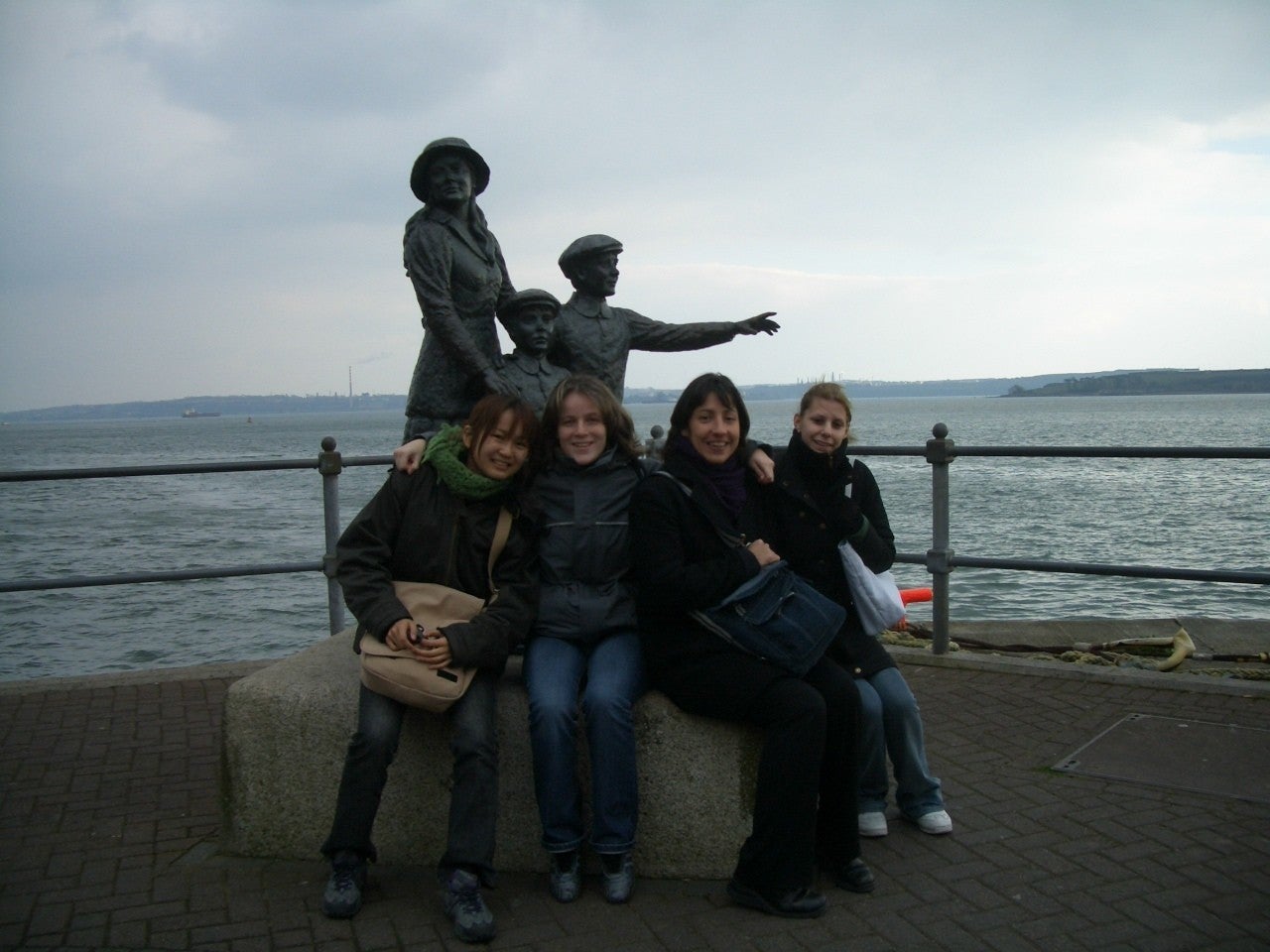 In addition, it is the class I went to!!
Italian soldiers came and said that they have been to Iraq front!!
Also, there were many Spanish children and Germans in the class. 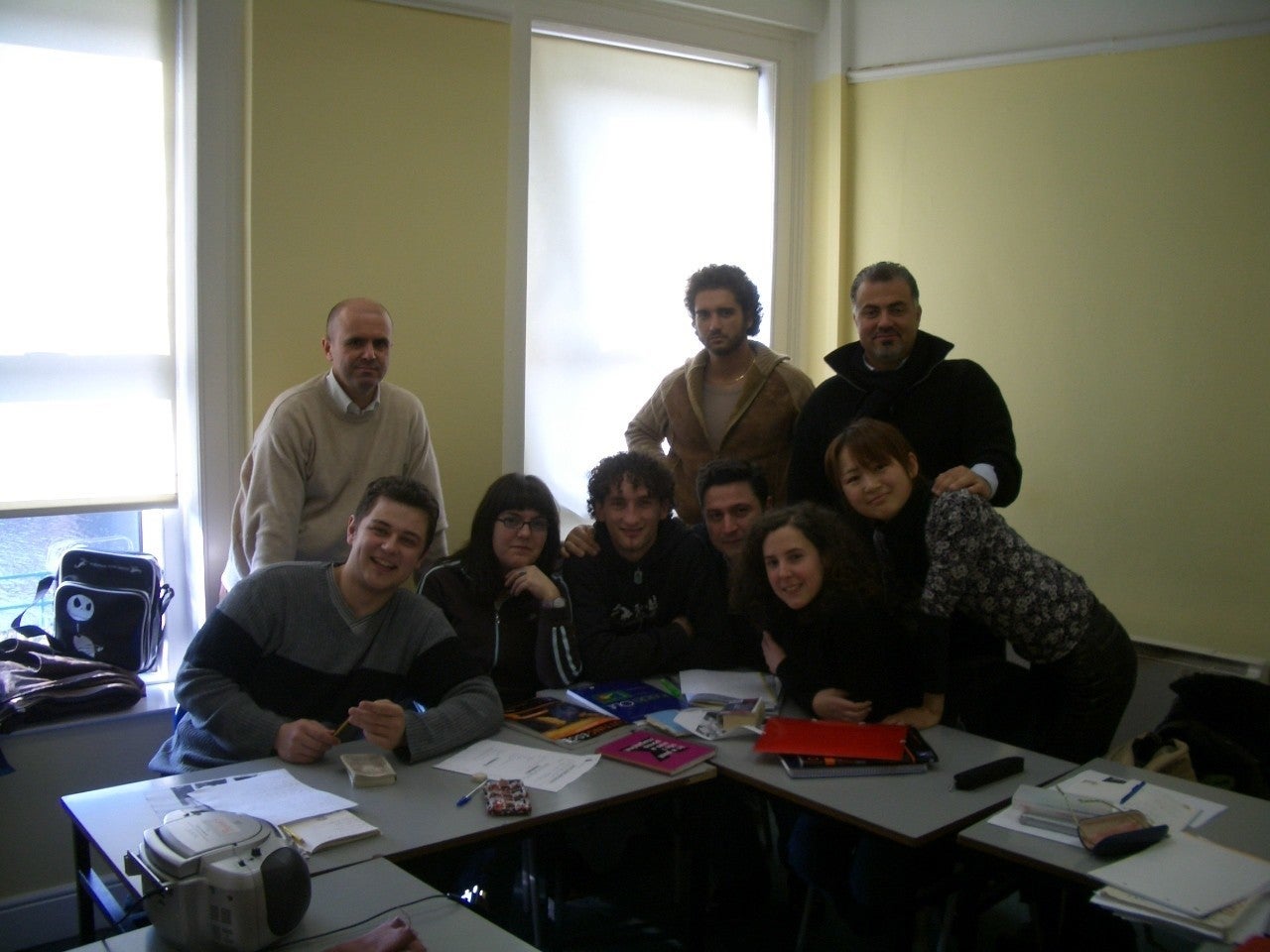