HikarigreenTokyo Cosplayer and Institutional Investor from Tokyo Japan!
Home Myself My Thoughts What is “Common Sense”? Launching a Male-Crossdresser brand modeled 40 year-old Man

*This is a story about a male-crossdresser fashion brand that I launched 3 years ago.
I really appreciate everyone who helped me at that time. Currently, due to the recent Coronavirus situation, I am not able to proceed with our business as I wish, but as soon as the better processes are decided, I will be happy if I can proceed in the best way!
I didn’t publish this article on Forbes though I made it as a draft, but I thought it would be nice if I could share my thoughts back then.

Three years ago, Launched a male-crossdresser new brand in Japan
And that thumbnail is the model, Mr.Tani Takuma.He is very beautiful man.
He is purely man and he is 40years old then with 2 daughters(He did not have any operation to shift his gender, but just he is a purely man)

I had a career as a fund manager for 10 years after graduating from college, but after becoming popular on cosplay world for 17 years, I thought, “I want to enjoy life with what I really want to do.”.
I wanted to create new things that had never been in the world before, so we decided to establish “A brand that everyone can be Kawaii not considering of age and gender.” with dear model Takuma Tani, a 40 year-old man with daughters as a model.

I thought, “It’s pity that if you can’t do what you really want to do because of the values, so then let’s change the values of the world to make it possible to do what you truly want to do!” so I made that brand.

As I tried to create a new market in an area where originally there were no public demand, many people did not so a good responses in the process of spreading this brand.
But then I got a big awareness.
It means “There are many and many things that are not common sense in the world.”.

Obsessions for age and gender in Japan
I realized that there is a concept of “clothes that are unsuitable for one’s age and gender”.
I have always loved Kawaii clothes.
However, there were people around me who gave up wearing cute clothes because “I’m not that young anymore.” or “I am afraid to be said you are very crazy as your age.” or “I’m afraid to get me out of the community.”.
People who wanted to dress up as women were in many different places, regardless of their title or age. Surprisingly, there were a certain number of people who wanted to dress up as women among the very normal people.
However, I can imagine that it would be difficult for the people to fight the fear and do not care about being judged by others, even though they really wanted to do it.

No longer needs a name of LGBT
I think that having a name means there are “label” and “border”. Both cosplayers and Crossdressers are the same.
Some people recognized about my brand as LGBT-related, but I even thought that the fact that the word LGBT exist is a typical symbol that there are border between LGBT and Non-LGBT.
This is the thing I recognized after I launched that crosdresser brand.
I strongly hope that the word LGBT will be no longer needed in the future.

Masculinity
When I explained my business to many people, they gave me a bitter smile and said, “I’m not interested in dressing like a woman.”. I didn’t know why they react like that.
I thought seriously, “Why is it weird that men wear cute clothes?”.
But this was a more difficult question than I expected, probably because there was no clear answer beyond “That’s the way as “Normal” of today.”.

I even thought that if there were truly beautiful Crossdresser man and if he would revolutionize the world, the majority of people who currently recognized that negatively would suddenly start change their mind and even may welcome that.
I felt that this “bitter smile” reaction was very similar to the reaction toward cosplay more than 10 years ago.

You do not need to be binded too much on “Common Sense”
Why you choose majority behavior? Maybe ordinally you would like to feel safe and feel that “I am the majority.”.
But is it really necessary to behave that way? I reconsidered that when launched this male-crossdresser brand.
When you grow up, you will behave yourself as society needed in the train, in the cafe, and in the office, and try to behave appropriately in every place.

But in reality, it’s just hiding it, and there may be even a few people in the same café or train who has “weird” hobby such as cosplay or male-crossdresser.

I met a lot of people at the launching that brand truly recognized that there is a lot of unseen chaos.
I would be happy if I have a chance to write an article that focuses on the topic. 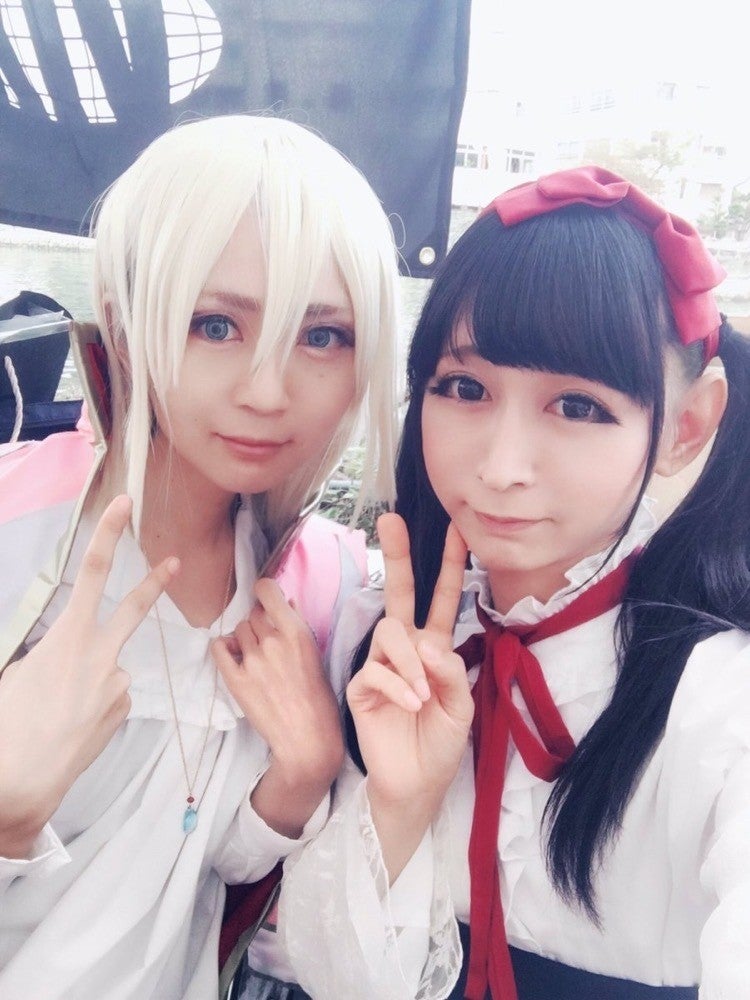